Our family is proud to make Lincoln Flats a beautiful addition to downtown Valparaiso.

In 1926, fearful of what was happening in Bavaria, Germany, Ernest Buck brought his family to America. With one child in tow they chose to come to Valparaiso because his sister-in-law was already settled there.

By trade he was a brick layer but there were no jobs. He was told that Valparaiso needed a shoemaker and opened his first store on South College Avenue near the old VU campus. Several years later a Gary mobster wanted to open a pizzeria in Grandpa’s location and made him an offer he couldn’t refuse. He then moved his business to the northwest corner of Indiana and Michigan Ave. where Lowenstine’s parking lot would ultimately exist. By 1947 the building at 1 Napoleon St would come up for sale. 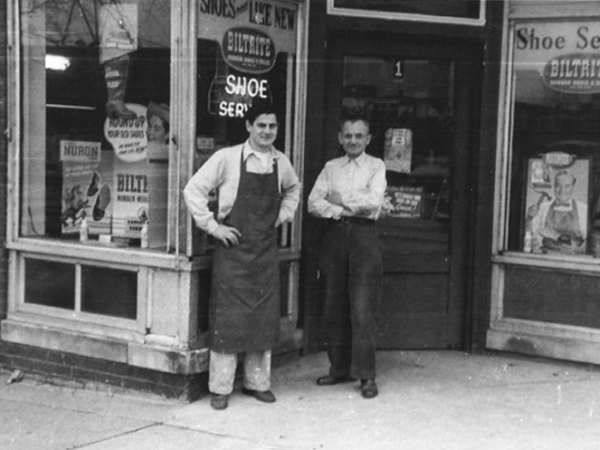 The Lincoln Flats building came into my possession after Walter’s passing. Looking through old pictures, we saw lettering at the top of the building that said “Lincoln Flats” but had been covered up since the 1960’s.

Upon restoring the exterior, it was discovered that the “Lincoln Flats” lettering was still there and 1 Napoleon became Lincoln Flats again.

Lincoln Flats, being the first building at the west entrance to downtown Valparaiso, needed to be renovated and restored. I have a great love for Valparaiso, having spent my entire life here.

We look forward to providing innovative cuisine, impeccable service and top-notch wines, beers and spirits in a relaxed environment. We welcome everyone to “Eat. Drink. Gather!”